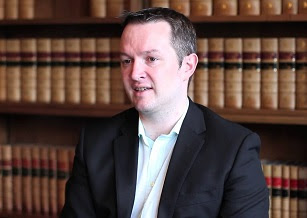 The previous two days of the Fatal Accident Inquiry (FAI) currently taking place in Glasgow Sheriff Court must have been at least frustrating and often deeply distressing for everyone involved.

In short, what happened was this. In February of this year, Crown Office announced that no criminal proceedings would be taken against Harry Clarke, the driver of the bin lorry which crashing killing six people and injuring ten others in Glasgow City Centre in December 2014, and that an FAI would take place.

There are good reasons to either to conclude or to rule out criminal proceedings prior to an FAI. If this is not done, any person who might potentially face criminal proceedings will be liable to be called as a witness at the FAI, but can refuse to answer any questions which might incriminate them. This caused great frustration in a previous FAI arising out of similar circumstances, where a driver veered onto the kerb and killed two women in Glasgow city centre in December 2010. As no decision not to prosecute him was taken before the FAI, he could not be compelled to answer questions about what had happened.

Initially, therefore, the Crown’s decision seemed to be one which would ensure that the FAI would have the best chance of establishing, as far as possible, all the relevant facts surrounding December’s tragedy.

It has, however, unravelled very badly. From the very outset of the FAI, the evidence which was led established that the crash was something more – how much more is a matter of judgment – than an entirely unforeseeable accident. Evidence about Mr Clarke’s medical and employment history meant that considerable doubt was cast on the Crown’s decision. Counsel for the family of one of the victims, Dorothy Bain QC, then asked for the FAI to be adjourned in order for the family to seek a private prosecution against Mr Clarke.

That motion was withdrawn, but the desire to seek a private prosecution remains, at least for now. Quite what that prosecution might be for is unclear, with Ms Bain having listed a whole series of offences which might be considered. Once more potentially liable to prosecution, and with the scope of that prosecution being extremely vague, Mr Clarke was then free to refuse to answer practically any question which might be put to him, a right which he exercised – with some exceptions – consistently over the course of two days in the witness box. The FAI has been turned over those two days, quite wrongly, intothe trial of Harry Clarke.

It may be that Mr Clarke will now never fully answer questions about December’s crash in a court of law. Even if permission for a private prosecution is granted – which seems unlikely – he will, like any other person standing trial, be under no obligation to give evidence.

Could the events of the last few days have been avoided?

There has been, so far as I’m aware, little or no criticism of the terse nature of the statement which Crown Office issued in February. Here are its publicly expressed reasons, in full, for not prosecuting Mr Clarke (we do not know whether more detailed reasons were given privately to the families of the victims, but there has been no suggestion of this):

“Crown Counsel have concluded that the driver of the lorry should not be prosecuted in respect of this tragic incident. Despite its catastrophic consequences there is no evidence to suggest that the driver’s conduct at the time amounted to a breach of the criminal law.”

The advantages of giving full reasons for decisions

How might matters have proceeded if Crown Office had issued a similarly detailed statement here? First of all, it is possible that a full account of their reasoning might actually have persuaded most people that the decision not to prosecute was correct. Even following statements made during the FAI itself, there is only a very sketchy account of their reasoning in the public domain, which has been strongly criticised by one of the families. We still do not know exactly what offences Crown Office considered, what they believed the relevant legal tests to be, and why they concluded those tests were not satisfied.

Secondly, any relatives who were dissatisfied with the reasoning offered by Crown Office could have challenged their reasoning, asking for the decision to be reconsidered (assuming that Crown Office had, sensibly, not expressed their decision as being final and irrevocable). Review of decisions not to prosecute is now a formal right of victims, although it applies only to decisions taken on or after 1 July of this year. That reconsideration could have taken place before the FAI. Had it resulted in a decision to prosecute, the FAI could have been postponed until after the prosecution took place.

Thirdly, if a review had upheld the original decision, and relatives had decided to pursue a private prosecution, it would have been possible to delay scheduling the FAI until after the High Court had taken a decision on their application for permission to do so.

Whatever exact course proceedings had taken, this could have avoided the situation where the prospect of private prosecution was raised for the first time during the FAI itself, scuppering the possibility of requiring Mr Clarke to account fully for his actions. I say could – hypothetical analyses such as this are typically somewhat neater and tidier than real life. Even if the terms of a detailed Crown Office statement had initially been accepted by the victims’ families, they might have changed their position as a result of further information coming out at the FAI itself – which might include information which would not be relevant and admissible in a potential criminal prosecution, and so not taken into account in a decision not to prosecute. Framing a detailed public explanation of a decision not to prosecute is always going to be a very difficult task, not least because making statements about an alleged offender without giving them any right to challenge them in court would require prosecutors to engage in an extremely difficult balancing act.

Victims of criminal offences (or alleged offences) now have a statutory right under section 6 of the Victims and Witnesses (Scotland) Act 2014, which came into force on 1 April of this year, to request “any reasons” for decisions not to institute a criminal prosecution. It is to be hoped that Crown Office does not consider bald statements of “no evidence”, such as that issued in February, to be sufficient to fulfil this obligation. Greater transparency in decision-making is both valuable in its own right and could help to avoid scenes such as the unedifying and distressing ones seen in Glasgow Sheriff Court over the last two days.