Welcome to the first of our monthly round-ups where we will review activity from the last four weeks in Scotland’s dynamic commercial property sector. For sponsor or advertising opportunities contact Jeff Anderson on 01292 479 443 or email jeff@scottishnews.com.

4-8 St Andrews Square is part of a substantial mixed use asset assembled by Aberdeen Standard Investments (ASI) and developed by them in conjunction with Peveril Securities.

The development has been acquired on behalf of German pension fund, Ärzteversorgung Westfalen-Lippe.

ÄVWL is one of Germany’s largest occupational pension funds, with assets under management of €13.8 billion which includes real estate investments of around €3.0 billion.

KanAm Grund Group will also be in charge of the ongoing asset management.

The joint venture development was originally completed in 2016 on behalf of the Standard Life Pooled Property Pension Fund.

Prior to the sale, the Fund agreed a lease variation with Standard Life Aberdeen for a period of 20 years.

Savills acted on behalf of the joint venture and CBRE represented the buyer in the deal.

Commercial real estate specialist Topland Group has acquired The Rutland Buildings in Edinburgh in an off-market transaction for nearly £16 million.

The buildings comprises some townhouse accommodation on Rutland Square, the Scottish headquarters of global law firm DLA Piper, and a retail unit fronting Sandwich Place, currently being fitted out as a new travel centre by Lothian Buses on a 25-year lease.

Buccleuch Group has announced that it intends to sell about 25,000 acres of its Borders estate following a review of its land.

The holding company represents the interests of the Buccleuch family headed by the current Duke of Buccleuch, Richard Scott, the 10th Duke, who is the largest private landowner in Scotland with some 280,000 acres (1,100 km2).

The area to be sold off stretches from Auchenrivock in the south to Hartsgarth in the north - much of it currently part of the group’s farming operations.

The company said it would consult local communities about the plans with a questionnaire to be made available online or in local community hubs.

Buccleuch Estates said the land included a “small number” of farm tenancies which would continue under any new ownership along with blocks of forestry.

The area involved also contains Langholm Moor which has been the site of two major scientific projects into moorland management.

Buccleuch has instructed Savills to handle the proposed sale.

A well-known retail park in East Kilbride has changed hands for £12.25 million, representing a net initial yield of 10.49 per cent.

East Kilbride Retail Park was bought by London-based Corum Asset Management, who was represented by Knight Frank, while Cushman & Wakefield acted on behalf of the vendor Aberdeen Standard Investments.

The 59,404 sq. ft. site is part of a substantial retail warehouse cluster in East Kilbride, adjacent to Kingsgate Retail Park, with the current tenant line up including The Range, Pets at Home, Currys PC World and Halfords.

Ryden has published its 84th Scottish Property Review, an in-depth analysis of the Scottish Property market looking at office, industrial, retail & leisure and investment property trends over the past six months, and how external factors have impacted the industry.

At a time when Scotland’s economy is delivering a steady but subdued growth, the market has been slightly affected by the political uncertainty surrounding the Brexit process, particularly in the property investment sector.

Called ‘Capsule’, the concept has been created by the building’s owner and manager, LGIM Real Assets.

It provides more flexibility in the leasing process, offering a range of ready-made furnished facilities and ‘plug and play’ options to suit occupier needs. Capsules can be operational within 24 hours.

LGIM Real Assets has appointed Paragon to provide project management and contract administration services on the refurbishment. A team led by Paragon director and Edinburgh head of office, David Philip, is delivering the work.

A further suite sized 3,552 sq ft is under offer with another sized 2,755 sq ft remaining. All suites are fitted to Category B standard. 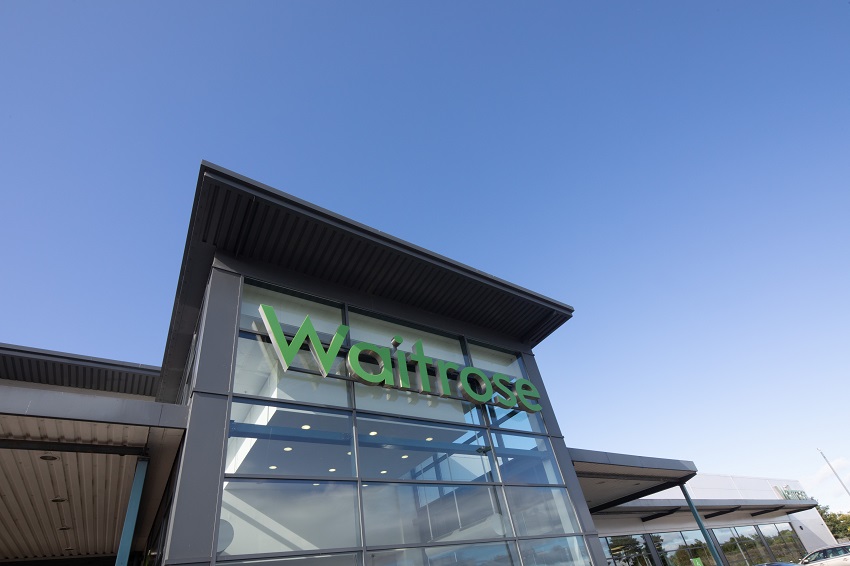 Savills, acting on behalf of Northern Bank Pension Trust which is managed by Danske Bank, has sold a prime foodstore investment in Newton Mearns in the southside of Glasgow for £12.1 million to a UK investor.

The purpose-built unit was constructed around nine years ago and formed the catalyst for the wider development known as Greenlaw Village in Newton Mearns.

The BP Pension Fund has completed the purchase of Interpoint in Edinburgh from Aviva, the UK’s largest insurance company, for £18.95m reflecting an net initial yield of 6.43 per cent.

Interpoint is a prime single let office located in Edinburgh’s popular Haymarket district and comprises of a modern and high quality office building set across 47,921 sq ft (4,452 sq m) which is currently let to Royal London Mutual Assurance Society, the largest mutual life insurance and pensions company in the UK, until 2029.

Haymarket is the western gateway to Edinburgh city centre and provides a key multi transport hub for the city.

Aviva was advised by JLL.

Commercial Estates Group has sold the vacant freehold of Unit One on Woodside Road in Bridge of Don, Aberdeen, to Allied International, a global leader in the manufacture and supply of linepipe, buttweld fittings and flanges, for £920,000.

Convenience store and coffee shop business David’s Kitchen has secured a 0.6 acre site for the development of its latest outlet on Oriel Road, Kirkcaldy which will result in a £1m+ investment in the area.

Founded by David and Lindsay Sands five years ago, David’s Kitchen, famed for its range of freshly prepared food, plans to start development on its Kirkcaldy outlet next month.

The practice moved to the Customs House after increasing staff numbers from four to six.

The interest in the Custom House follows a six-year, £5 million renovation of the building, which was supported by the Riverside Inverclyde regeneration agency.

The Grade A-listed Custom House was built in 1818 and was occupied by HM Revenue and Customs staff until 2010.

Founded in 2017 by Douglas Nicholson and Paul Mcshane, NMA works on domestic alterations costing up to £1m. It has also won work on housing and commercial developments in Greenock.

The number of commercial rent disputes reaching a third party in Scotland has fallen to its lowest level for more than five years, according to analysis from Knight Frank.

Figures obtained by the independent commercial property consultancy from the Royal Institution of Chartered Surveyors (RICS) showed that the number of cases being referred to third-party dispute resolution dropped from 169 in 2017 to 123 in 2018 – down just over a quarter, 27.2 per cent.

Independent Experts or Arbitrators are appointed to cases where commercial tenants and landlords cannot agree on a new rental agreement at a fixed-term rent review date. Typically, these are conducted every five years, depending on the terms of an occupier’s lease.

Most reviews state that the rent can only increase – not decrease. This is distinct from lease renewals, where the parties can agree whatever rent deemed appropriate, subject to prevalent market forces, local supply-demand dynamics, along with other factors.

Bellway Homes and Miller were the successful bidders for the site, which allows for 325 new homes in total.

Acting on behalf of the local landowner and Wallace Land, Ben Brough of selling agent Savills said:  “As the Edinburgh market hots up and residential development opportunities in the city become increasingly scarce, the ripple-out impact is being felt in good commuter locations.

“West Edge Farm in Lasswade is an excellent commuter spot, close to the bypass, with detailed planning for more than 300 homes, of which a quarter will be affordable.  This is just the sort of project the city of Edinburgh needs in order to help meet the growing demand for new family housing.

“Sites close to local amenities, including supermarkets, good schools and local shops, which are served by fast transport links to Edinburgh are in high demand.”

Link Orthopaedics UK Ltd, a medical device company, has expanded its presence in Edinburgh by taking almost 10,000 sq. ft. of office and industrial space at a business park in the Gyle.

In a deal brokered by Knight Frank, the company has signed a 10-year lease at 4 South Gyle Crescent Lane, held in a Joint venture between Investcorp and Citivale.

Knight Frank acted on behalf of the landlord, achieving a rental of £8.50 per sq. ft.

Featuring a number of hybrid units – buildings which incorporate a mixture of spaces in one building – the business park’s current tenants include Freeze Pro Shop, World Courier, and Metro Broadcast.