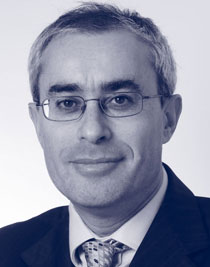 A draft bill drawn up by Conservative lawyers would see terrorist suspects, illegal immigrants and criminals barred from exercising some of their human rights

The draft bill, which would replace the Human Rights Act 1998, provides that rights need to be placed in the historical context of the UK , which it states has the “longest continuous history of the protection of liberties under the rule of law of any country in the world, stretching back to Magna Carta”.

Other changes include making trade union membership illegal for police officers. A similar ban  in France was held to have violated human rights.

In addition, the bill would also pave the way for overturning a number of decision on prisoners’ voting rights – referred to as a “naked and wholly unacceptable act of judicial legislation by the judges of the court”.

David Pannick QC (pictured), a distinguished human rights lawyer and cross-bench peer, has argued the bill’s architects are using human rights as “a political tool to be manipulated for narrow and partisan advantage”.

He said: “In the wake of the Paris attacks on journalists and a kosher supermarket, the prime minister was emphasising to all sections of the community the importance of respecting the basic rights of others.

“It is striking how the significant departures from the European Convention on Human Rights and the Human Rights Act are grounded in parochial disputes about particular cases.

“All of this is at variance with the need for a statement of values that is above the day-to-day political battles, which the title of the document aims at, being the Bill of Rights and Responsibilities, seeking to echo the 1689 Bill of Rights.

“But the tone and substance of the document — settling scores, real or imaginary, with judges who have displeased the Conservative party — will ensure that, if enacted, it would last (at most) for one parliament.

“It reads less like a statement of universal values than the grievances of a lawyer who has had a bad experience in court in Strasbourg.”