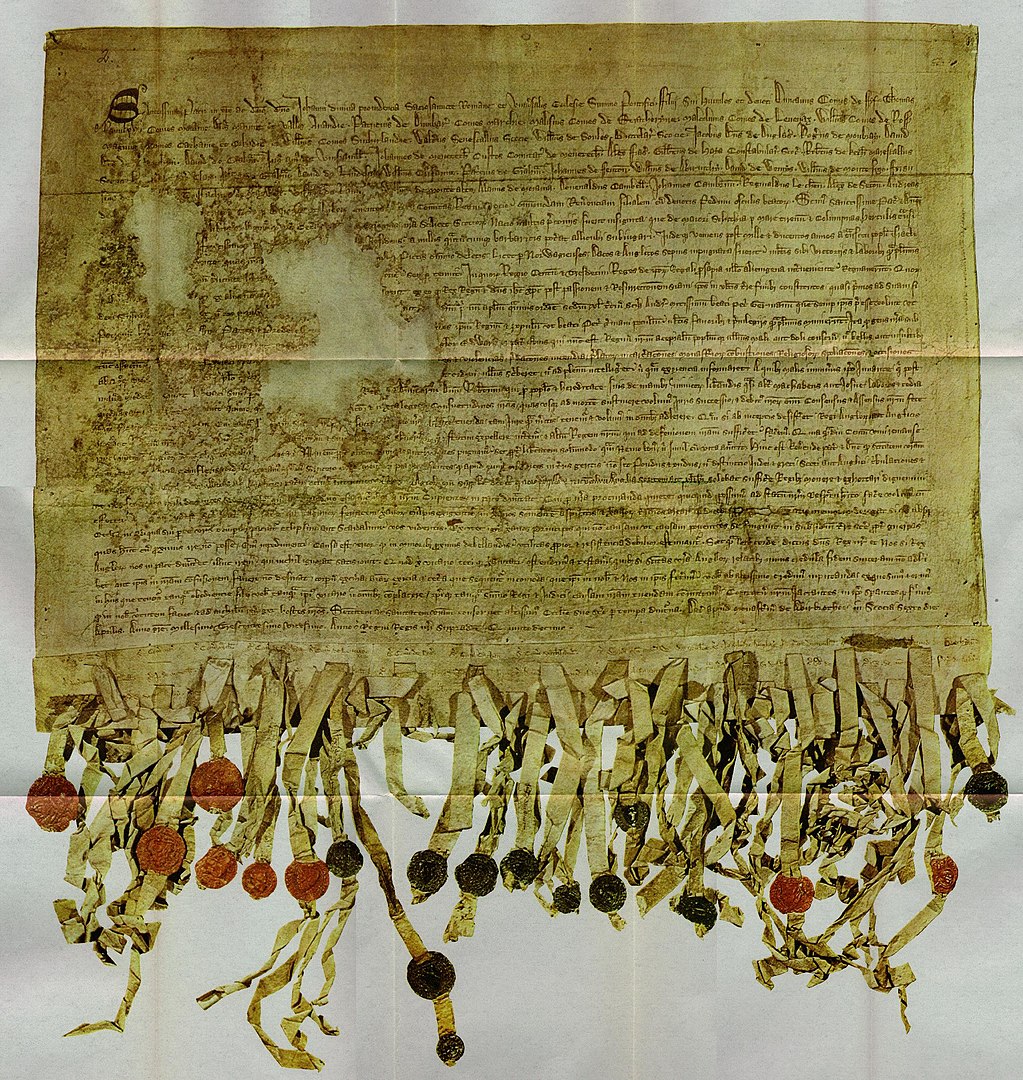 National Museums Scotland and National Records of Scotland have today announced, on the anniversary of Robert the Bruce’s birth, that the Declaration of Arbroath will be displayed at the National Museum of Scotland next year to mark 700 years since its creation.

The document will be displayed within the Scotland galleries of the National Museum of Scotland from 27 March to 26 April 2020.

The document has not been on public display for 15 years, when it was last displayed at the Scottish Parliament. The iconic and fragile 700-year-old document, which is cared for and preserved for future generations by National Records of Scotland, can only be occasionally displayed in order to ensure its long-term preservation.

The Declaration of Arbroath is one of Scotland’s most important historical documents, capturing a powerful call for the recognition of the Kingdom of Scotland’s sovereign independence.

The Declaration is a letter dated 6 April 1320, written by the barons and freeholders of Scotland, on behalf of the Kingdom of Scotland, to Pope John XXII asking him to recognise Scotland’s independence and acknowledge Robert the Bruce as the country’s lawful king.

The letter also asks the Pontiff to persuade King Edward II of England to end hostilities against the Scots, so that their energy may be better used to secure the frontiers of Christendom.

The Declaration was probably drawn up in the scriptorium of Arbroath Abbey. Written in Latin, it was sealed by eight earls and about forty barons. It was authenticated by seals, as documents at that time were not signed. Only 19 seals now remain.

Alice Blackwell, curator of medieval archaeology and history at National Museums Scotland, said: “We are delighted to have the opportunity to display the Declaration of Arbroath here at the National Museum of Scotland. It is a hugely significant document and a vital piece of Scotland’s history. We look forward to welcoming many visitors next year to enjoy the rare opportunity of seeing this iconic document close up.”

Graeme Dey, minister for parliamentary business and veterans, commented: “This is a wonderful opportunity for people from around the world to mark the 700th anniversary of the Declaration of Arbroath.

“Not only is this iconic document of historic and cultural value to Scots and those of Scottish descent, but its influence spreads far and wide and we are ready to welcome visitors from across the globe to join anniversary celebrations in Edinburgh, Arbroath and across Scotland.”

Paul Lowe, chief executive of National Records of Scotland, said: “National Records of Scotland is delighted to help display this famous and fragile document for Scots and for visitors from further afield. The Declaration of Arbroath is a key treasure in our extensive collections and we’re very proud of the role we play in conserving this hugely significant historical artefact for future generations.”

The Declaration was written during the long Wars of Independence with England when, despite the Scots’ success at the Battle of Bannockburn, Robert I had not been recognised as king by either Edward II or by the Pope, and had been excommunicated by the latter. At this time, the Pope desired peace between England and Scotland, so both could help in a crusade to the Holy Land. The Declaration sought to influence him by offering the possibility of support from the Scots for his long-desired crusade if they no longer had to fear English invasion.

After receiving the Declaration, the Pope urged reconciliation between the warring sides and a truce was agreed in 1323. A peace treaty was signed between England and Scotland in March 1328 and the following year the Pope issued a papal bull permitting the anointing and crowning of a King of Scots.