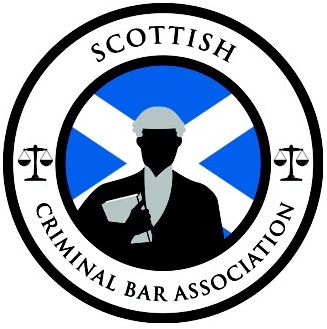 A newly-named body has been established for advocates who specialise in criminal law – the Scottish Criminal Bar Association.

The title has been changed from the Faculty of Advocates’ Criminal Bar Association (FACBA), and Thomas Ross has been chosen as president.

Members decided to adopt the more streamlined name at their annual meeting, where Claire Mitchell was elected as vice-president.

Mr Ross had been vice-chair of FACBA for more than two years, with Brian McConnachie QC, as chair.

Both Mr Ross and Ms Mitchell have extensive experience of the criminal law, and are recognised and respected figures in courts throughout Scotland.

Mr Ross said: “Being selected to represent this elite group of criminal lawyers is the biggest honour of my professional life.

“I am delighted that Claire Mitchell has agreed to assist me. The name change simply reflects the fact that the people of Scotland know that the Faculty of Advocates provides the most experienced criminal practitioners that the country has to offer.

“That will not change under the new name, but we hope that it will also help us to take a more active role in Scottish public life.”

The dean of faculty, James Wolffe QC, said: “The criminal justice system is central to the maintenance of the rule of law.

“At its heart is the work of Scotland’s criminal bar – advocates who, whether they prosecute or defend, act fearlessly and with independence, and with great commitment to the fair administration of justice.

“I am confident that, with Thomas Ross as president and Claire Mitchell as vice-president, the Scottish Criminal Bar Association will continue to thrive.”

The secretary of Scottish CBA will be Gillian Ross, with Craig Findlater elected as treasurer.