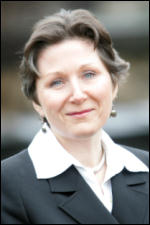 Ms Agnew warned there is a risk that damage will be caused by the outsourcing of important public services unless immediate steps are taken to protect FOI rights.

In a special report laid to the Scottish parliament on Friday it was revealed that over 15,000 Scottish households have lost FOI rights following the transfer of local authority housing stock to housing associations since 2005.

Ms Agnew said the provision to extend FOI to non-public sector organisations delivering public functions has been “woefully underused” in the ten years since FOI law came into effect, with the consequence that some public functions are no longer open to full public scrutiny.

While the Scottish government has the power to extend FOI to third parties that provide public services, this power has only been used once in the last decade. This was in 2013 for the designation of local authority leisure and culture trusts.

The parliament’s public petitions committee is currently considering a call for FOI rights to apply to all housing associations.

According to Ms Agnew, the report reflects growing concern about the impact of changes in public sector delivery on information rights.

She said: “The first decade of FOI in Scotland is a real success story. Over 60,000 requests were made last year alone, and recent research revealed that 95 per cent of the public believe that the right of access to the information held by public bodies is important.

“Worryingly though, our right to information is being slowly eroded. Rights have been gradually lost over the last 10 years as the responsibility for public service delivery is passed to third parties. These rights are fundamental to ensuring public services are open, cost-effective and accountable to the public.

“As the models for the delivery of public functions evolve and change, it is vitally important that the public’s right to the information held about the services that deliver them are protected and strengthened.”

The commissioner’s special report, FOI 10 Years On: are the right organisations covered? contains a number of recommendations for action by Scottish government ministers to address her concerns. The recommendations include: