Lorna Richardson: Terminating a commercial lease – the need for reform 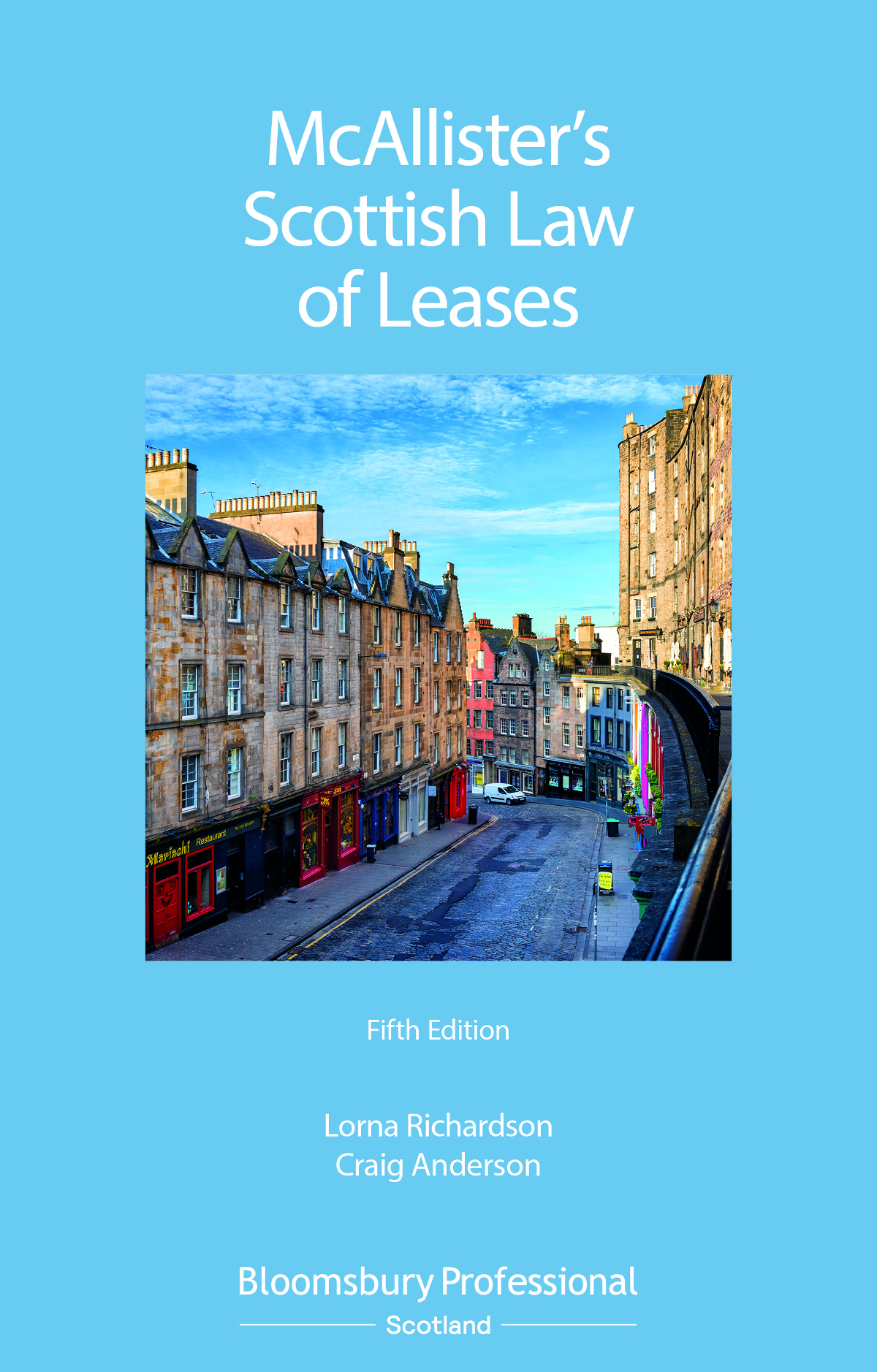 Lorna Richardson outlines why reform of the regime on terminating commercial leases is long overdue.

Given the operation of tacit relocation in Scots law, notice to quit has to be served by the landlord on the tenant or vice versa in order to bring a commercial lease to an end. It is a matter of significant practical and financial importance that parties should be able to do this with some certainty.

If valid notice is not given the lease will continue on the same terms for a further one year (or for the period of the lease where the lease was for less than a year). This can result in serious difficulties for a landlord or tenant.

A landlord may have agreed a new lease with another tenant and find itself in breach of contract when it is unable to provide the new tenant with vacant possession of the lease subjects. A tenant may have entered into a new lease and find itself having to pay rent and other outgoings for two properties; a financial strain that some tenants may be unable to survive. Why then is there so much doubt about serving a valid notice to quit in Scots law?

Many would suggest that the common law rules are unclear and that this has been exacerbated by statutory intervention, especially by the Sheriff Courts (Scotland) Act 1907. The act provided a new procedure, of summary removing, allowing a landlord to remove a tenant without a court order. The Act also required notice to quit to be in writing and specified various periods of notice depending on the extent of the leased subjects and the length of the lease.

For a considerable time there has been doubt about whether the Act set out rules on general application or need only be followed where the summary removing procedure was being used. A cautious approach was often advocated and adopted by those in the profession of adhering to the requirements of the 1907 Act in case those provisions were indeed applicable in all cases.

Given stakeholders considered the law in the area to be unclear it was included within the Scottish Law Commission’s discussion paper on Aspects of the Law of Leases: Termination (Scot Law Com 2018, 165). The discussion paper suggested that matters would be clarified by the 1907 Act not applying to notices to quit for commercial leases. The paper also sought views on a range of issues, including whether a prescribed form of notice to quit should be used or whether legislation should set out the essential matters that should be included within a notice. Various options regarding time limits for serving notices were also put to stakeholders. The commission have considered responses received and have instructed the drafting of a bill to enact their recommendations. The draft bill and report are likely to be available by early 2022.

Since the date of the discussion paper some clarity has been obtained regarding the scope of the 1907 Act by court action. In M7 Real Estate Investments Partners Vi Industrial Propco Ltd v Amazon UK Services Ltd [2019] CSOH 73; 2019 SLT 1263 the court determined that the time limits set out in section 34 of the 1907 Act only apply where the form of procedure for removing created by that Act is being used. The time limits set out are not of general application for notices to quit.

While such decisions provide welcome clarification the state of the law on such a fundamental issue should not be so opaque as to require court proceedings. Given the interplay between tacit relocation and notices to quit; and numerous other issues in relation to notices that remain unclear the commission’s report is eagerly awaited. It is hoped that legislative change will follow swiftly thereafter.

Lorna Richardson is a senior lecturer in commercial law at Edinburgh Law School and co-author with Craig Anderson of the recently published McAllister’s Scottish Law of Leases 5th edn. Bloomsbury Professional is offering a 25 per cent discount on the brand new edition, reducing it from £85 to £63.75, for Scottish Legal News readers. Order HERE using the discount code SLN25 to get your copy of this authoritative text at the discounted price.

Ben Zielinski: Terminating a commercial lease – how hard can it be to quit? Blog: Tacit relocation explained Blog: Silverstone put the brakes on Formula One contract